Going into this match the host FC Augsburg is the underdog with odds of 3/1, in both halves Borussia Monchengladbach is the clear favourite with odds of 9/10 for a victory. A bet on both teams to score (BTTS) is at odds of 1/1, which seems likely considering the past matches of the two competitors. For more than 2.5 goals bookmakers offer odds of 9/10.

In the last 12 games as the home team FC Augsburg has conceded a goal in 11 matches.

In their last match 18 days ago FC Augsburg faced Bayer Leverkusen at their home stadium. They went into the halftime break with a 1:0 lead, but Bayer Leverkusen managed to win the second half and the match ended in a 1:1 draw.
They are currently ranked in the bottom half of the Bundesliga standings at position #13 with 26 points and a goal difference of -13. FC Augsburg had one win, one draw and 3 losses in their last 5 matches of the Bundesliga. 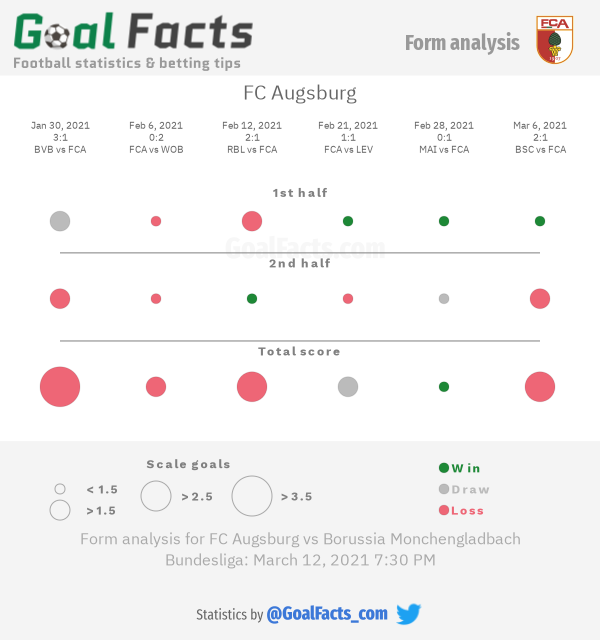 Second halves for FC Augsburg were much more eventful in the last 22 games, they shot and conceded more goals than in the first half of matches.
When playing at home, the first halves of FC Augsburg rarely ended in a draw.

After a close first half (1:1) in their last match, Borussia Monchengladbach lost 1:2 against FSV Mainz in the Bundesliga 19 days ago. 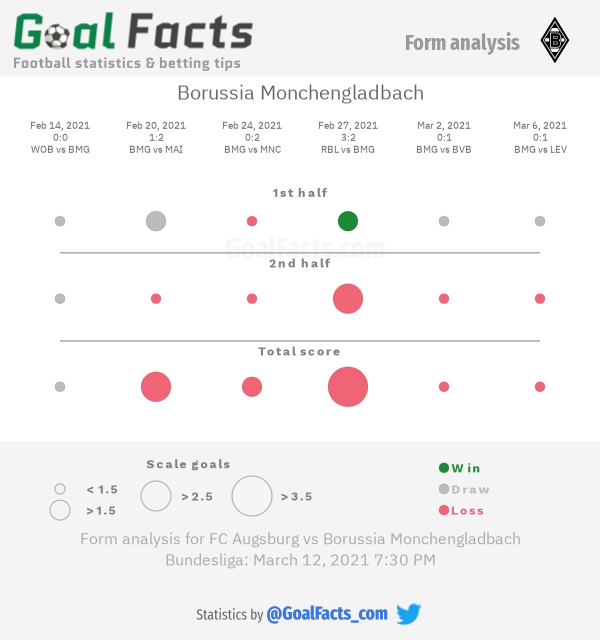