The favourite for this 2nd Bundesliga match is 1. FC Heidenheim 1846, bookmakers value this with odds of 81/50, for a win of the underdog Holstein Kiel you get odds of 17/10. In terms of goals, the chances for both teams to score look decent and you currently get odds of 1/1 on a BTTS bet. We’ve compiled more stats on over/under data a bit further down below.

The last match of the teams 4 months ago ended in a 2:2 (1:0) draw. For Holstein Kiel Muhling was able to score one goal. 1. FC Heidenheim 1846’s Fohrenbach had to deal with the feeling that comes when scoring an own goal.

Matches between the two competitors on average ended with 2.8 goals. In the H2H comparison 1. FC Heidenheim 1846 came out on top against Holstein Kiel the last 5 times they met. On average they were also more likely to win the first and second half of the match. The full H2H statistics are available for you to review in the table below. 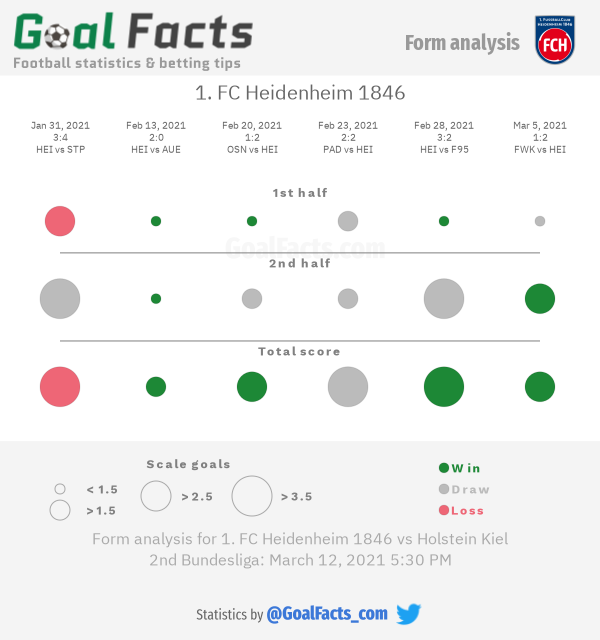 The away team Holstein Kiel won their last game with 1:0 against FC Wurzburger Kickers a month ago. The first half saw no goals, but Holstein Kiel managed to secure the victory with a 1:0 in the second half. 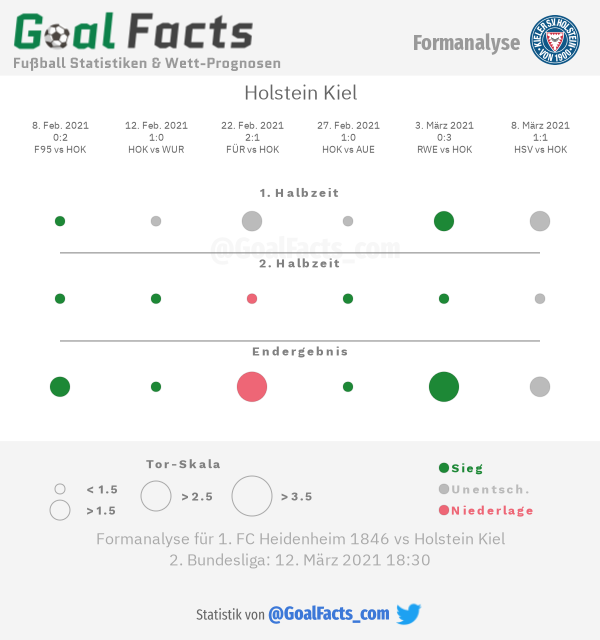 A look at the distribution of goals in the two halves for Holstein Kiel shows us that so far they have been able to score more goals in the second half (63%) than in the first. The goals conceded are evenly distributed between the two halves of the game.
Since 10 games as the guest Holstein Kiel hasn’t lost the first half. All odds for betting on the first and second halves can be found below in the odds comparison.